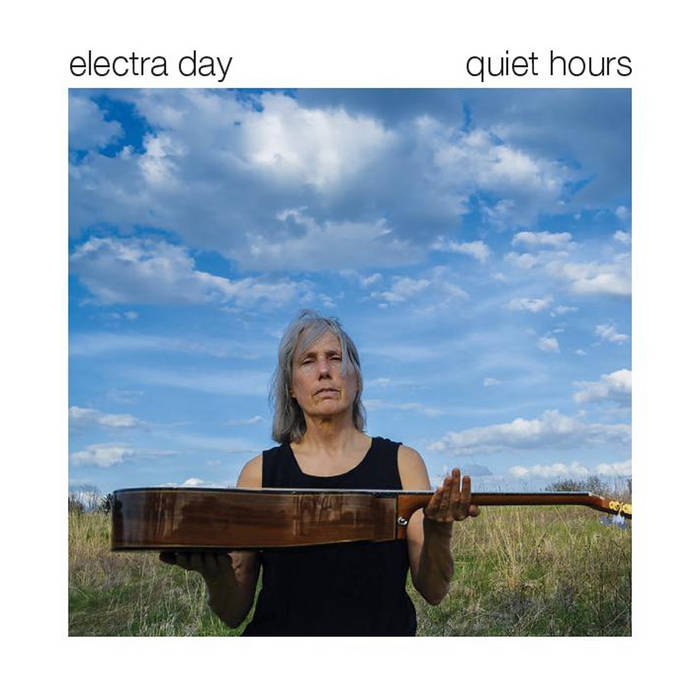 Steady rolling guitar layered with deep and densely imagetic lyrics, drawing from the mystique of the places they were inspired by, work together to create an experience of engaged relaxation.

Lyrics describe a spiritual journeying that is both personal and impersonal. The Quiet Hours project, a collection of songs, of which the first offering, Quiet Hours, has just been released, and the second will be recorded hopefully next year, represents the impressions, searchings and synthesis of a life through songs written during travels over an 11-year span from Berlin Germany to The Mojave Desert to British Columbia to Northern New Mexico to Iowa in the Midwest of the US.

All songs written, played and sung by Electra Day

After college I traveled around the USA and lived in various places. In 1994, I started traveling around Europe and stayed in Germany where I lived in Berlin for 12 years. During my last four years there, poems and stories started to emerge, later I bought a guitar and started to play a bit. By the last two years in Berlin I had started writing songs. ... more

Bandcamp Daily  your guide to the world of Bandcamp